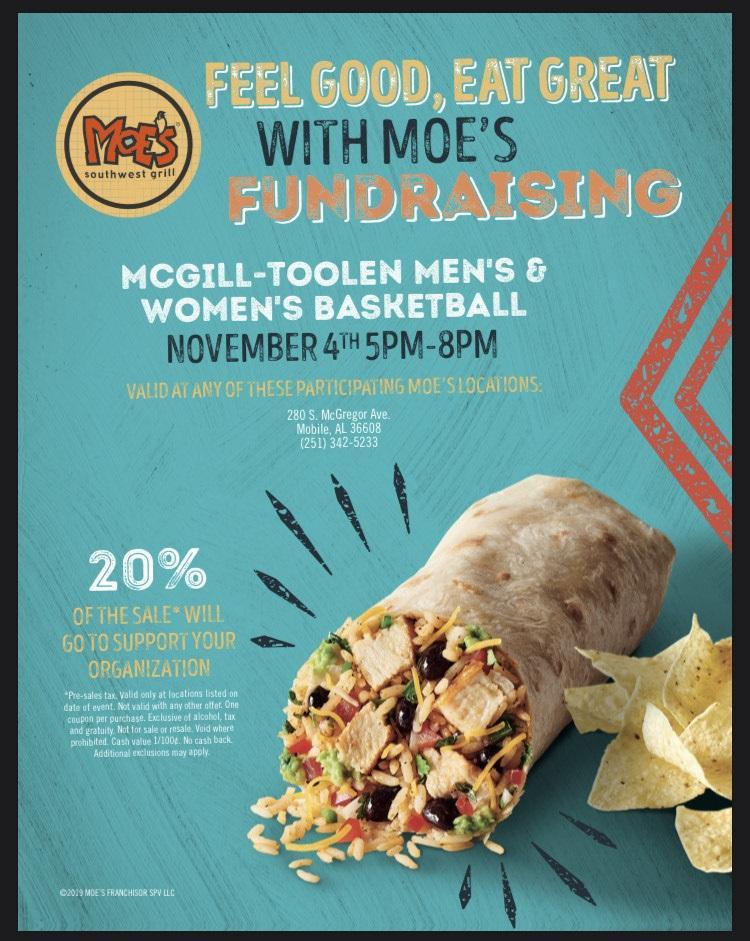 NEW FOR 2020-2021, online payments and donation links!
Please click the appropriate link for form completion and payment:
General Donation to Women's Basketball
Media Guide Online Form
Tip-Off Tournament and Season Sponsor Online Form
Be sure to catch all the live action on www.mctlive.org  during our regular season!
(Not all home games will be broadcast due to scheduling conflicts.)

The Lady Jackets finished 26-7 on the season and once again advanced to the 7A State Tournament; marking the 6thstraight season. But the journey there had a few unexpected road blocks. On January 3rd, #2 Lady Jackets traveled to Foley with a 14-2 record. The 4thranked Lady Lions were ready and defeated McGill for the first time in ten years, perhaps ever, 57-49.  Proving the feat not a fluke, Foley won the next two games with an epic 69-68 win at McGill to seal the area regular championship; then 42-38 en route to the area tournament championship.

The Lady Jackets were stunned but the journey proved to be one of redemption. In the Southwest Regional semi-final game, the Lady Jackets trailed Davidson by eight points late in the 4thquarter. The Lady Jackets leading scorer, Nya Valentine was just 1-11 shooting from the field at that point. But the ever-confident junior guard calmly knocked down three consecutive 3pt shots. She then drove baseline to riffle a no look pass to junior Sanola Mixon for the game tying basket.  Mixon knocked down the go ahead free throw on the way to a 53-48 victory.

The victory ensured one final matchup with Foley in the Southwest Regional Championship game. Most of the first half went back and forth. Foley led 16-10 midway through the second quarter before the Lady Jackets finished the half on a 10-2 run for a 20-18 edge at half. Mixon’s late putback was the finishing touch on the spurt. She finished with 12 points and 10 rebounds after scoring 18 points against Davidson on her way to MVP honors.We never relinquished the lead and led by as many as 10 points on two occasions to solidify a 45-33 win and more importantly our sixth consecutive 7A Southwest Regional Championship along with the covenant state tournament berth.

Valentine led the Lady Jackets in scoring for the third straight year earning Coastal Player of the Year honors. She also earned first team All State for the 2ndyear and made the Mobile All County team for third time along with teammates Mixon (2) and senior Shanice Battle. Mixon and Valentine were selected as South Allstars for the North/South Allstar game. Unfortunately, the game was canceled due to the pandemic.

The Lady Jackets were just as good in the classroom with 10 of 15 varsity members with a 3.0 or better including six with better than a 3.5. Senior captain Gigi Cole (3.8) and senior manager Maddie Kirkpatrick (4.2) were members of the National Honor Society.  JV manager Delia Peterson earned a program high 4.3 GPA and JV starter Lucy Cox posted a 4.2.  Eight of the JV Lady Jackets recorded a 3.0 or better. The team also finished the season with a 21-1 record and 6-0 in area play.  Their only blemish was an one point loss to a team from Georgia in a shootout in Florida.

The Lady Jackets are losing five incredible seniors, captains Trenier Coleman, Gigi Cole and Haley Calonge along with Shanice Battle and Julia Carroll. During their four year tenure the Lady Jackets posted a 114-23 record and won four Regional titles, three area regular season and tournament titles and were the 7A Runner-up in 2018. The team returns eight very talented varsity players and look to be as deep and versatile as they’ve been since the 2014 championship team. God willing, this could be the year we bring home the blue map. Go Jackets!

Coach Carla Berry is just finished her ninth season as the head girls’ basketball coach of the McGill Toolen Catholic High School Lady Jackets. During her tenure the team has advanced to the Sweet Sixteen seven times, captured two 6A Area Championships, one 6A Area tournament title and five 7A regular season and tournament championships along with five South Regional Championships and Final Four appearances.  In 2018, 2016 and 2015 the Lady Jackets were the 7A State Runner-up losing to Jeff Davis 54-53 in 2015 in a thrilling inaugural 7A title game. Berry has compiled a 217-68 record with a .769 winning percentage including a 29-3 record this year.  After leading a young team with no seniors to a 25-9 record and to the state finals, Berry was named the ASWA 2018 7A Coach of the Year.  Berry also won the same award in 2015 as well as the Ron Findley Coach of the Year.  Berry is a 1988 graduate of McGill where she was a four year letterwinner in basketball under legendary Coach Becky Dickinson. In her senior season, Berry helped lead the 29-0 Lady Jackets to a 6A State Championship and a No.6 USA Today national ranking. She continued her career as a student-athlete at Louisiana State University. During her LSU career, Berry made three NCAA tournament appearances and was a member of the 1991 SEC Tournament Championship team. Berry was a three time receiptant of the LSU Athletic Director’s Cup for Academic Excellence and a member of the 1992 SEC All Academic Team. In 1993 she earned a Bachelors in Mass Communication, Advertising. Berry's coaching resume spans 11 years on the collegiate level including stops at South Alabama, Cal Poly San Luis Obispo, St. John's and LSU. In her six years as recruiting coordinator at LSU, Berry helped recruit three nationally top five classes culminating into one SEC Tournament title, three SEC Championships and five consecutive Final Four appearances.  Three of Berry's LSU players have gone on to win WNBA Championships, Temeka Johnson, Seimone Augustus (three) and Sylvia Fowles (two).  Augustus and Fowles both are three time Olympic Gold Medalist. 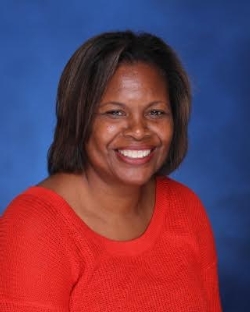 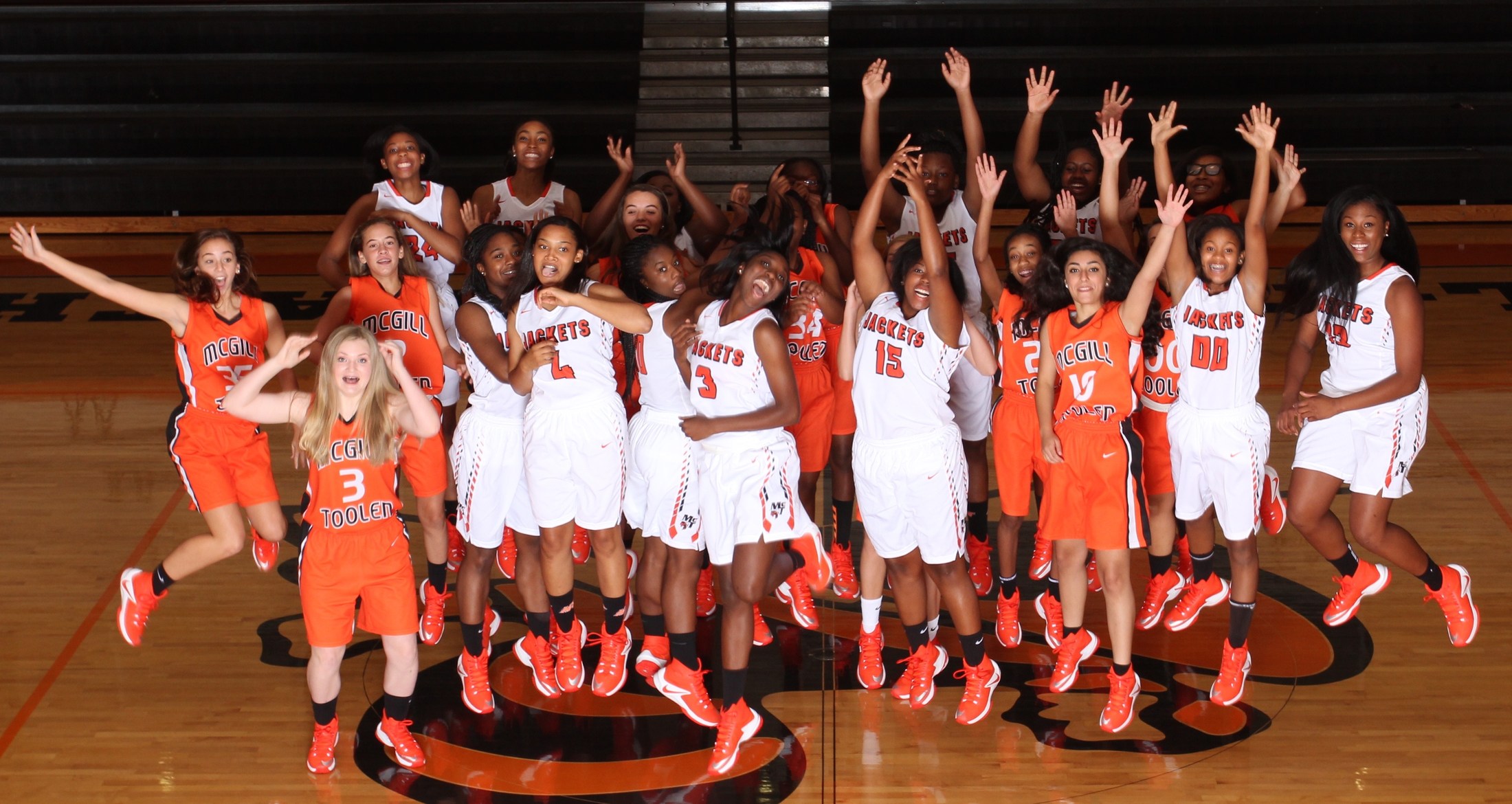 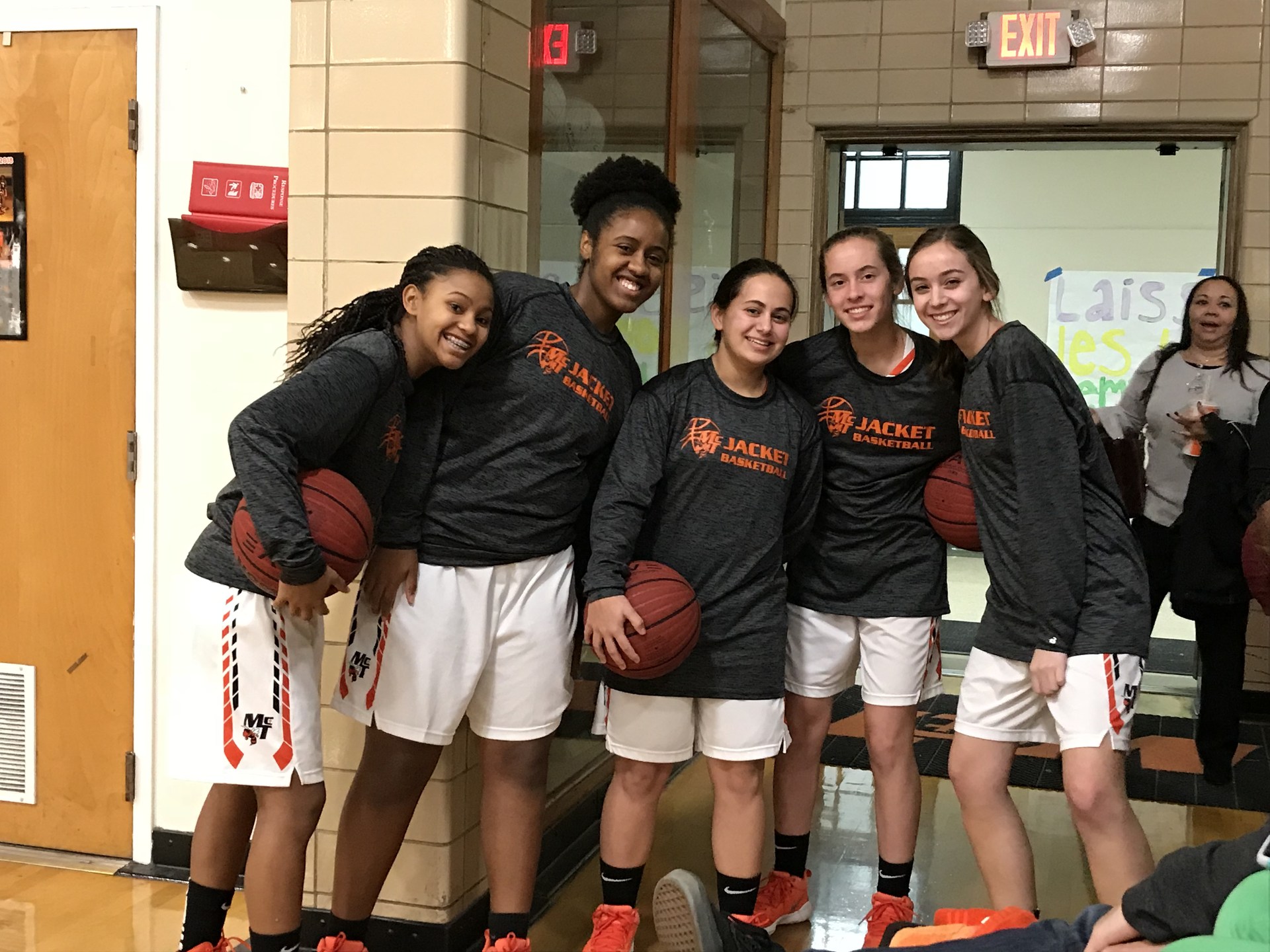 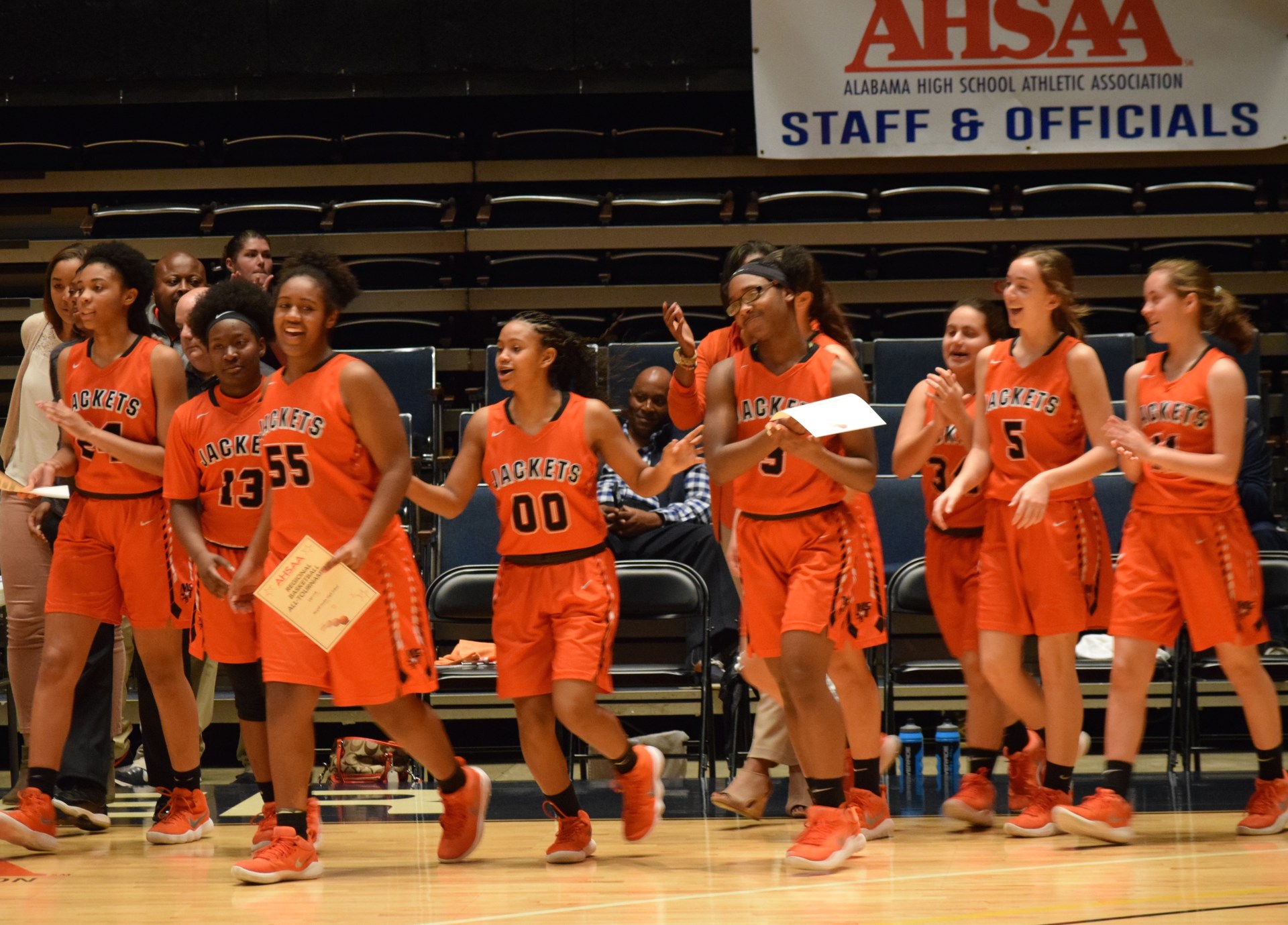 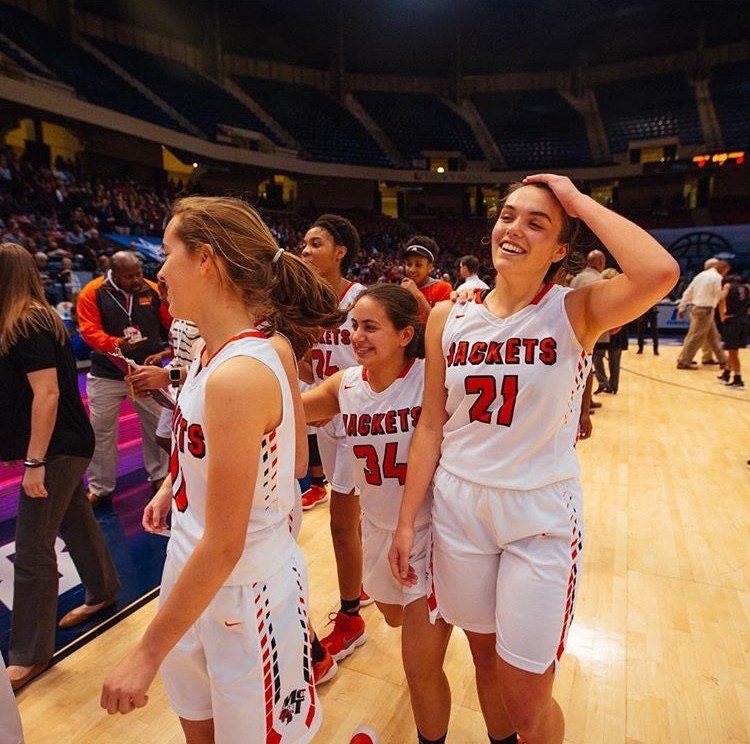