“When sports are played and understood in the right way, they are an extraordinary expression of a person’s best inner energies and of his ability to overcome difficulties, to set goals to be reached through sacrifice, generosity and determination in facing the difficulties of competition.”

At McGill-Toolen Catholic High School, we believe that the athletic program provides a great learning experience for young adults in their formative years. Our program offers opportunities to put into practice the Christian values that are the basis of Catholic education while developing each athlete's physical skills. It is our belief that to have a successful athletic program all involved must demonstrate dedication, discipline, cooperation, loyalty, honesty, and enthusiasm.

We believe that our athletic program is only a part of the total school program and not an entity within ourselves. We, therefore, strive to function as an integral part of the school and always conduct ourselves in a manner that is consistent with the philosophy of education at McGill-Toolen Catholic High School.

McGill-Toolen has a long and colorful tradition of athletic excellence. Take one step in the Portier Center, and you will see that the arena is surrounded by state championship banners. Fifty nine state championships have been won at McGill-Toolen beginning in 1948 with men's golf. McGill-Toolen offers 18 different sports and is committed to the highest standards of excellence in each sport. Eleven sports have captured at least one state championship at McGill-Toolen. In 1988, McGill-Toolen was recognized as having the Best Men's Athletic Program in Alabama. Over half of our student body is involved in our athletic program. McGill-Toolen is a member of the Alabama High School Athletic Association. All of our sports teams compete in the championship program at the 7A level which is the highest classification in the state of Alabama. We offer sports at the varsity and junior varsity level of all of our programs and many have a freshman level of competition as well.

Athletic Fee Payment (due per sport)

Catch all the LIVE action through our own network, McT Live 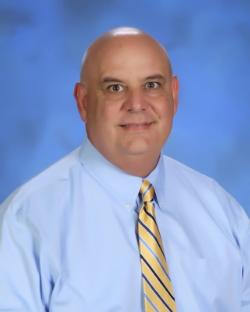